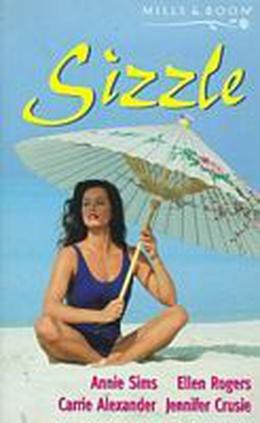 The Sugar Cup by Annie Sims
She's adopted the dog - her other problems are inherited!

He's not only living in the house she inherited, but his family is contesting her right to it. And then there's his grandmother's mysterious sugar cup...

The Lone Wolf by Ellen Rogers
Stealing a ride in a horse trailer is hardly the traditional way to spend your wedding night. But then, Kathryn didn't have a traditional wedding - or any wedding. Not after learning about her fiance's affair with her own sister!

Kathryn doesn't regret her impetuous flight - even though she's wearing a bedraggled wedding gown, and she's got no money, no credit cards and no idea where she's headed. In fact, the only thing she's sure of is that the handsome cowboy who's driving this darn contraption is going to be more than a mite annoyed to learn he's got company.

His Mistress by Carrie Alexander
William Justice - rich, handsome, successful - makes Calla Quinn a proposal. But it's not the proposal Calla's been expecting. She's in love with William, and she wants to be his wife. Not his mistress!

After her initial outrage (which gets William into some pretty frigid water!), Calla sets out to convince him of two things. One, that he's as crazy-in-love with her as she is with him. And two, that he wants marriage. Not just sex...

Sizzle by Jennifer Crusie
Emily Tate wants Richard Parker, the sexy number cruncher who's been hired to keep her in line and under budget. Richard Parker wants Emily Tate, the sexy advertising executive who's running the ad campaign for a sensual new perfume called Sizzle. And sizzle is exactly what happens when Emily and Richard get together.
more
Amazon Other stores
Bookmark  Rate:

'Sizzle' is tagged as:

Buy 'Sizzle' from the following stores: