Phantom Death (The Phoenix of the Opera #4) 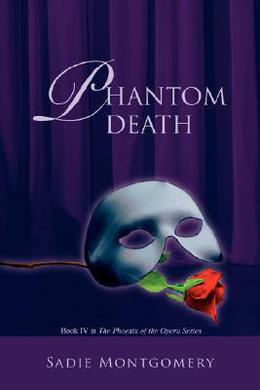 Inspector Leroux had witnessed the execution of the Phantom of the Opera. Justice had been served. So he thinks, until letters in a feminine hand arrive, hinting at the curious coincidence of a masked composer, Erik Costanzi, thriving in an Italian opera house and married to the former Parisian Diva, Meg Giry. Driven by outrage and a desire for revenge, the inspector tracks the Phantom to his new home. But there is another ghost from Erik's past, one who dogs the Phantom's steps, who sabotages the production of his newest opera, and who threatens the peace he has found with Meg and his family. Book IV, "Phantom Death," is the last in the Phoenix of the Opera series. It continues and closes the story begun in "The Phoenix of the Opera," and continued in "Out of the Darkness: The Phantom's Journey" and "The Phantom's Opera."
more
Amazon Other stores
Bookmark  Rate:

'Phantom Death' is tagged as:

The 'The Phoenix of the Opera' series

All books by Sadie Montgomery  ❯