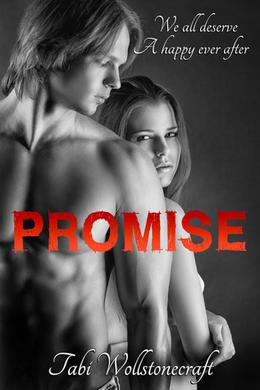 Sassy curvy girl Dell is working in the Promise Cove bookstore, losing herself in romance novels and dreaming of her own happily ever after.

Detective Peter Macbeth has been fascinated by Dell from the moment he met her but his instincts tell him there is more to this girl than a quick wit and a pretty face.

Dell treats Macbeth just like she treats all her customers, with her trademark breezy manner and easy-going attitude. But beneath the facade, she has feelings for him that run deep and every time she light-heartedly rejects his advances, she feels like she’s dying inside.

Determined to keep her psychological shield raised and defend herself from her body issues and a terrible memory from the past, she has no choice but to sabotage Macbeth’s attempts to get close to her.

But when Macbeth is dragged into a murder case which stretches from Promise Cove to the Whitby Moors, Dell realizes just how deep her feelings for him really are.

If she can just let him through her shield, she might get her happily ever after.

'Promise' is tagged as:

Buy 'Promise' from the following stores: