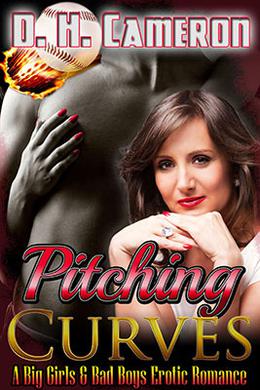 Penny thought she was happily married, at least until she found her husband screwing his sexy redheaded intern. Now she finds herself alone, depressed and raising two teenagers while her ex is having the time of his life with his new girlfriend.

One chance encounter leads to another and Penny is stunned to find herself in the arms of a hot, young man. Steve is almost young enough to be her son but he makes her feel so good. He's a Major League pitcher with a bad boy reputation and has a thing for older gals with curves. But just when everything seems to be going well, Penny's ex begins to stir up trouble that could spell disaster for everyone involved.

What happens when a curvy divorcee and a wild Major League ballplayer hook up? Find out as Penny tales a walk on the wild side. When Big Girls & Bad Boys get together, the results are always sexy, hot and satisfying.
more
Amazon Other stores
Bookmark  Rate:

'Pitching Curves' is tagged as: