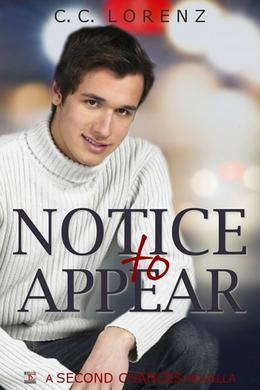 This story was originally included in the SECOND CHANCES Anthology released in August 2012 and has been individually released to celebrate BDP's anniversary.

Josh Campbell has had the date from hell - the food was mediocre, as was the company, and to top it all off, he finds himself in strife with the law. When he thought the situation couldn't get any worse, he comes face to face in the courtroom with his schoolboy crush, Carter Sullivan. Now, not only has he got to pay a hefty fine, he has been humiliated in front of the one man he's never forgotten.

Could the date from hell suddenly turn into the start of something new with Carter, now that their age difference is not the issue it was back in high school?
more
Amazon Other stores
Bookmark  Rate:

'Notice to Appear' is tagged as:

Similar books to 'Notice to Appear'

Buy 'Notice to Appear' from the following stores: