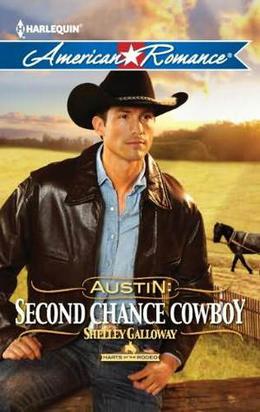 No man should look as good as Austin Wright. Especially when that man is a suspect in a string of burglaries. And, Sheriff Dinah Hart can't afford the distraction. Roundup's thieves are growing bolder and Thunder Ranch's prize stallion, Midnight, is still missing, putting the Harts' entire livelihood at risk. Dinah needs to focus, because she's worked too hard to earn the town's respect just to throw it away on a fling.Austin knows he's got a bad reputation. He's been following his father's self-destructive footsteps for far too long. Now he's finally ready to take the first step toward fixing his life, and convincing people, especially Dinah, that he's changed.

But when Austin discovers an unexpected connection to Midnight's disappearance, will Dinah see him for the man he was, or the one he's trying to become?
more
Amazon Other stores
Bookmark  Rate:

The 'Harts of the Rodeo' series

All books by Shelley Galloway  ❯