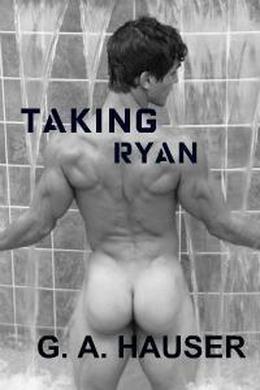 Seventeen year old Ryan Davis had a dream.
Hitchhiking from Alliance, Nebraska to Los Angeles, California, Ryan dreamed of being a star. His high school drama teacher had told Ryan he had what it took. That was all Ryan needed to hear. Ambitious and not afraid to work hard for his goals, Ryan thumbed a ride from an older gentleman who turned into a benefactor and best friend. It was at that moment that Ryan's luck began to change for the better.

Finding a job as a busboy at a Mexican Restaurant on Santa Monica Boulevard, and a room to rent nearby, Ryan never gave up hope that if he tried hard enough he would succeed. And as far as his chance for a career in show business, he was on the right track.

But when it came to love, Ryan hit a wall.
Smitten with the rough tattooed biker god, Sam Lockwood, who worked at Down and Dirty Harry's Tats, Ryan grew enamored with the big brawny stud at first glance. But it wasn't meant to be.

Even though things were looking bright for his potential career, Ryan felt lost and alone after being rejected, yearning for a man to call his own.

Miserable over being hurt by Sam, Ryan was struggling emotionally from the roller coaster ride of his emotions. Until he met the love of his life.

There was only one man who was Taking Ryan...

Taking him hard and sweeping him off his feet.
more
Amazon Other stores
Bookmark  Rate:

'Taking Ryan' is tagged as: