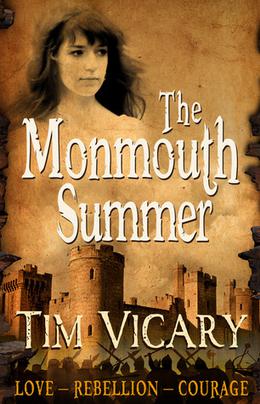 The rebellion turns young Ann Carter’s world upside down. Eighteen years old, she is betrothed to Tom Goodchild, a Protestant shoemaker; but secretly loves Robert Pole, an officer in King James’s army, who offers to take her to London as his mistress. Ann knows it is her duty to marry Tom, but does not love him; so when he marches away with the rebels, she imagines him being killed – which would set her free. But she knows such thoughts are wicked; her father is a rebel soldier too, like all the men of her village. So who should she pray for, when musket balls start to fly? What matters most – love or loyalty?

If God could see into my heart, she wonders, what would He tell me to do?

Her father, Adam, is a brave man tormented by fear. He has two fears: first, that he may be a coward, and run from the enemy; and second, that he is not one of God’s Elect, and will go to Hell when he dies. But like all the men of Colyton, ‘England’s most rebellious town’, he marches to war, risking his life for what he believes.

When England’s most notorious judge, Judge Jeffreys, is sent to punish the rebels, Ann and her father are faced with the hardest choices of all.
more
Amazon Other stores
Bookmark  Rate:

'The Monmouth Summer' is tagged as:

Similar books to 'The Monmouth Summer'

Buy 'The Monmouth Summer' from the following stores: