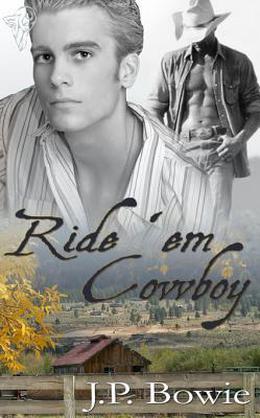 When Royce Chandler first claps eyes on his father's ranch foreman, Parker Jones, it's lust mixed with dislike at first sight. It seems that Parker has nothing but disdain for the young law graduate. But all that changes when Parker is thrown from his horse and Royce accompanies him to the hospital. What follows is a realization of their mutual attraction, and a desire to spend the rest of their lives together; maybe get a ranch of their own.

Then Royce's dad tells Parker that his son is about to turn down a juicy offer from a big law firm in Los Angeles. Parker knows the reason--him--and he takes strong action to convince Royce he's making a mistake by not taking the job. But his actions tear the two men apart, leaving Royce to wonder, how could Parker's love for him have faded so suddenly?
more
Amazon Other stores
Bookmark  Rate:

'Ride 'Em Cowboy' is tagged as: