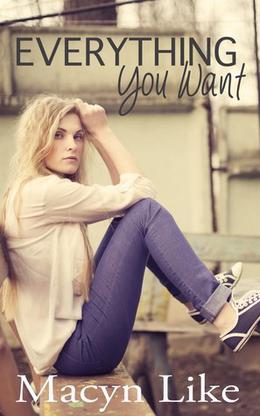 Recent college graduate Marissa Warner is used to being a loner. Never quite fitting in during college, she expected everything would change once she graduated. She’d have a great job, a social life, and maybe even a boyfriend, for good measure.
…Fast-forward three months later and she has is the same job she had in college, no friends to speak of, and she hasn’t even been out on a single date. Marissa is beginning to believe that she’s destined for a life of solitude, until an intense encounter with her mysterious next-door neighbor, Kieran.

Kieran Riley is satisfied with his life. He has a great job, great friends, and absolutely no girlfriend. Commitment is out of the question, and no girl has ever tempted him to break his rule.
…Until he meets his beautiful new neighbor, Marissa. He feels an instant connection to her, which means she’s definitely off-limits. Kieran knows he’s too damaged to ever get involved with anyone again, especially someone as sweet and perfect as Marissa. But it’s getting harder to stay away. Can he get over his past long enough to give Marissa a chance? She may just be everything he wants.
more
Amazon Other stores
Bookmark  Rate:

'Everything You Want' is tagged as:

Similar books to 'Everything You Want'

Buy 'Everything You Want' from the following stores: