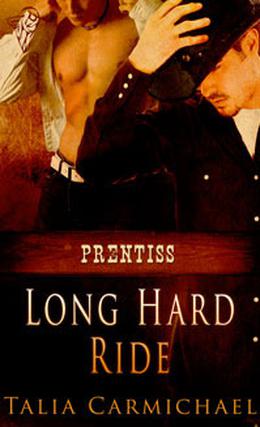 A widower, after years of being alone, is tempted by a man he didn’t know was wooing him.

Paxton Lawson has rebuilt a life after losing his life partner. For his sons he’s moved to Prentiss and found a new place to belong. He’s made friends and enjoys the community. But when one friend makes his intentions known, Paxton is shocked...then tempted. Windsor is smart, able to debate books and any number of other things, and sexy. The sexy part Paxton has not faced...at least until now. Now that he is aware of it, he can’t seem to get over the fact that this man, who is a friend, wants him. Paxton can’t decide if he’d rather go back to being oblivious or give in to the need Windsor has awakened. How do you deal with a man who makes you remember that you’re a man who has needs? You hold on tight and enjoy the ride.

Windsor Broadhurst has got to know Paxton very well. From the first sight of the intense man, he knew he wanted him for his own. But he also knew that before he approached Paxton, he wanted to know Paxton as a friend. Once he did, the desire he felt only strengthened. Now he is ready to let the captivating horse breeder know he wants much more than friendship. He lays out his intentions and waits to see what Paxton decides. What he gets will surpass what he expected. Only time will tell if Paxton will be able to let go of the past to embrace a future with him. Windsor is ready, willing and able to continue with Paxton on his Long Hard Ride.
more
Amazon Other stores
Bookmark  Rate:

'Long Hard Ride' is tagged as: