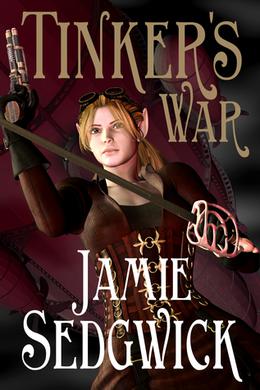 Steam technology and spring-powered engines have evolved since Tinker's discovery of Blackrock Steel, which can store vast amounts of energy, but word of this incredible resource has spread far and wide. When a horde of barbarian warriors known as Vangars sweep across the Frigid Sea in massive airships fueled by precious but dwindling supplies of black tar-like oil, they are determined to learn the secrets of Blackrock Steel at any cost. They assault the capital city, slaying King Ryshan and the entire royal family, and then ravage the countryside, leaving a cloud of acrid black smoke and the stench of death in their wake.

Breeze has been content with the peaceful life of a pilot, shuttling nobles back and forth in her spring-powered planes for years, but now the kingdom of Astatia has once again been thrust into war and the Vangars have taken Tinker captive. Breeze must rescue the clever old inventor who has been a father to her for most of her life, but she has one chance to defeat the Vangars. If she saves Tinker instead, Breeze might lose that opportunity forever.

In the midst of the chaos, Breeze finds herself trapped in the middle of a romantic conspiracy to wed her off to a young pilot. She has no interest in marrying her would-be suitor, nor in the young Tal'mar warrior who would claim her as his own... or does she? The only thing Breeze knows for sure is that if she fails, the secret of Blackrock Steel will fall into the hands of the Vangars and Astatia will face a dark future of slavery and ruin.
more
Amazon Other stores
Bookmark  Rate:

'Tinker's War' is tagged as:

The 'The Tinkerer's Daughter' series

All books by Jamie Sedgwick  ❯