This is a Dark Ride 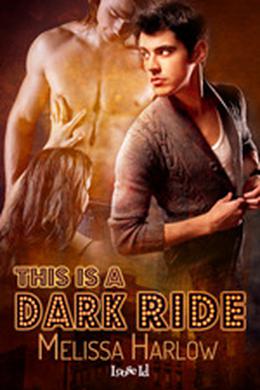 Brody and Sam love each other deeply, but their relationship is riddled with holes and starting to tatter. Brody's trying to kick a drug addiction and straighten himself out. Sam's a former amateur boxer whose regular job barely supports the two of them. He's insecure and floundering, and since he caught sight of a young woman working on the corner, things haven't been the same. He's known since he was a teen that he's gay, so these new, powerful feelings he disturb him.

Angel is pretty insecure herself. Taunted in school for being overweight, and scarred by abuse, she's tried to bury her past and start a life in the city. New to the streets, she makes the nearly fatal mistake of getting into a car with the wrong people. When they leave her beaten and dumped in the snow, she's fortunate to be found by a most unlikely hero. Brody. A junkie out on the streets who was looking to score.

Loving Sam should be enough for Brody to get his life together, but it's still not easy for him. Maybe protecting Angel will help. He promises her a safe place to stay if she will stay off the streets. She promises to stay if he will quit drinking and doing drugs. He makes that promise--the same promise he has already made to Sam.

Brody loves Sam and wants him to be happy. The attraction between Sam and Angel is impossible to ignore, and Brody encourages it, and along the way he also falls in love with the angel he has sworn to protect. He and Angel have to convince Sam that love doesn't have labels and that sexuality doesn't fall into guidelines when love is involved. It's a dark ride, but in the end, they're all worth it.
Publisher's Note: This book contains explicit sexual situations, graphic language, and material that some readers may find objectionable: anal play/intercourse, male/male sexual practices, menage (m/m/f), violence.
more
Amazon Other stores
Bookmark  Rate:

'This is a Dark Ride' is tagged as:

Similar books to 'This is a Dark Ride'

More books like 'This is a Dark Ride'   ❯

Buy 'This is a Dark Ride' from the following stores: