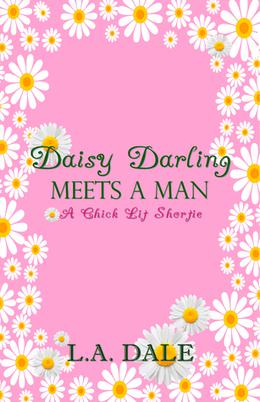 THIS IS A NOVELLA LENGTH TITLE
What would you do if you opened your door in the dead of night to find a handsome man on the other side? Holding an orphaned lamb.

After being dumped by her husband, Daisy wants nothing more than to curl up in her pyjamas every night and drink herself into sleep. She doesn't want to face her life. Then, one night, a storm brings a stranger to her door. A stranger who turns out to be the most famous rock star on the planet, Hawk Moon.
Hawk is nothing like Daisy imagined a rock star would be. He's honest and down to Earth and in the short time he's in her life, Daisy finds herself feeling emotions she hasn't experienced in a very long time. There's something about Hawk that makes her want to start her life over.

But Hawk and Daisy will never be an item. Hawk is on tour. Daisy lives in the country. She's small town and he's the universe. Their worlds can never collide. Or can they?
more
Amazon Other stores
Bookmark  Rate:

'Daisy Darling Meets A Man' is tagged as:

Buy 'Daisy Darling Meets A Man' from the following stores: