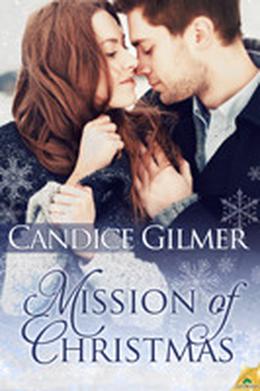 "There's more than one way to unwrap a gift. "

Erica Jones is a Scrooge, and she doesn't care who knows it. She doesn't "do" Christmas, never has, never will. For anyone who believes that everything is "merrier and brighter" during the season, she has a news flash-it's not any better. Just colder.

Andrew Hawkins has never had a bad Christmas, never understood his best friend's aversion to it. After all, it's all about family and togetherness and faith, right? Instead, the faintest twinkle of tinsel or the whiff of evergreen sends Erica into self-imposed exile to watch the latest action movie.

Not this year. This year, Andrew is on a mission to find Erica's Christmas spirit.

Even if he has to drag her, kicking and screaming.

"This book has been previously published. "

Warning: A woman who's soured on seasonal fun, and the man who wants to break through her anti-holiday heart.
more
Amazon Other stores
Bookmark  Rate:

'Mission of Christmas' is tagged as:

Similar books to 'Mission of Christmas'

All books by Candice Gilmer  ❯

Buy 'Mission of Christmas' from the following stores: