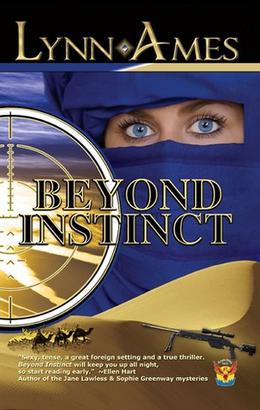 Vaughn Elliott is a member of the State Department s Diplomatic Security Force. Someone high up in the United States government has pulled rank, hand-selecting her to oversee security for a visit by congressional VIPs to the West African nation of Mali. The question is, who picked her for the job and why?

Sage McNally, a career diplomat, is the political officer at the U.S. Embassy in Mali. As control officer for the congressional visit, she is tasked to brief Vaughn regarding the political climate in the region.

The two women are instantly attracted to each other and share a wild night of passion. The next morning, Sage disappears while running, leaving behind signs of a scuffle. Why was Sage taken and by whom? Where is she being held?

Vaughn s attempts to get answers are thwarted at every turn. Even Sage does not know why she s been targeted.

Independently, Sage and Vaughn struggle to make sense of the seemingly senseless. By the time each of them figures it out, it could be too late for Sage.

As the clock ticks inexorably toward the congressional visit, the stakes get even higher, and Vaughn is faced with unspeakable choices. Her decisions will make the difference between life and death. Will she choose duty or her own code of honor?
more
Amazon Other stores
Bookmark  Rate:

'Beyond Instinct' is tagged as:

Similar books to 'Beyond Instinct'

Buy 'Beyond Instinct' from the following stores: