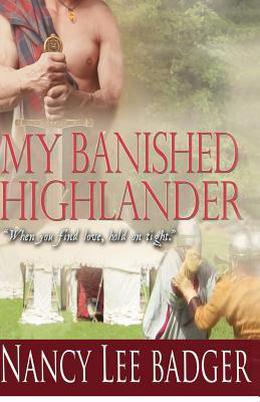 With a letter in her hand and a Highlander at her back, what could go wrong?

When his clan convicts Cameron Robeson of treason in 1598 Scotland, the last thing he thought his cousin the Laird would do was banish him to the future. With a certain woman on his mind, he plans revenge while surrounded by the sights and sounds of the modern day New England Highland Games. His plans go awry when a comely redheaded lass wearing the Mackenzie plaid lands at his feet.

Iona Mackenzie is worried about her friend, Haven, and searches for answers among the tents at the games. Whom can she trust to help? Her father? The handsome blacksmith? Or, the tall, golden-haired Highlander? Romance takes a back seat because saving her friend is her priority, no matter how great Cameron can kiss.

When a magical amulet and an angry sorcerer send this unlikely couple back through time, more than one heart will be broken. Danger, intrigue, and threats surround them, and feelings between Iona and Cameron grow hot and steamy. They fight the sorcerer and search for Iona’s friend, the woman he vowed to steal from his cousin. Will the strong-willed Highlander and the present day witch stop fighting long enough to listen to their hearts?
more
Amazon Other stores
Bookmark  Rate:

'My Banished Highlander' is tagged as:

The 'Highland Games Through Time' series

Similar books to 'My Banished Highlander'

Buy 'My Banished Highlander' from the following stores: