After 25 Years (The Almost Genuine Texts #1) 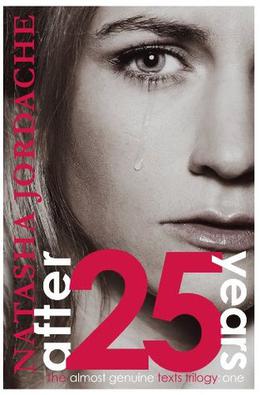 An extraordinary novel based on the texts of lovers who meet 25 years after breaking up – and realise they are still in love.

“In 2011, in real life, an ex-boyfriend came back to find me. A candlelit dinner later, our lives had changed: the connection was instant and the chemistry as electrifying as ever. It sounds simple, but it wasn't. He was getting divorced, in emotional torment and broke; I was happily married to a man I adored; both of us had young children; and we lived nearly three hours’ drive from one another.” Natasha Jordache

AFTER 25 YEARS is a love story with a difference.

In the first book of a potential trilogy, married author Natasha Jordache has taken the genuine texts she exchanged with a former lover and adroitly transformed reality - where lines were drawn - into a minute-by-minute 'factional' diary of a burgeoning, passionate and scorchingly sexy affair.

You won't be able to put it down. It will make a voyeur of you.

AFTER 25 YEARS is sexually explicit and unsuitable for under 18s.
more
Amazon Other stores
Bookmark  Rate:

The 'The Almost Genuine Texts' series

Similar books to 'After 25 Years'

All books by Natasha Jordache  ❯

Buy 'After 25 Years' from the following stores: