Love's Not Terrifying (The Attracelli Family #5) 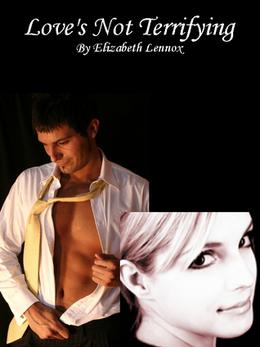 Hold on for the fifth book in the Attracelli Family series!

We can't be ruled by our past - but Alana's present and future are too scary to let the extravagant and overwhelming Gus Attracelli too close. Unfortunately, Gus isn't one to take no for an answer. Several brief views, near misses and alluring side stepping cause Gus to think he's losing his mind over an elusive woman that can't possibly measure up to his expectatations. But her perfume haunts him, a glimpse of her hair intrigues him and a view of just her legs and derriere taunt him until he's obessed with finding out who this mysterious woman is.

With her past history, Alana can't imagine why any man would come near her, much less pursue her with such blinding ferocity as Gus does. She's terrified of the things he can make her feel and runs away from him whenever he comes too close. But Gus never gives up. Can Alana take another chance on love? Can she trust her heart and her future to Gus? Or should she just hide away from him, protecting herself from the crushing pain of heartache if it doesn't work out?
more
Amazon Other stores
Bookmark  Rate:

'Love's Not Terrifying' is tagged as:

The 'The Attracelli Family' series

Similar books to 'Love's Not Terrifying'

Buy 'Love's Not Terrifying' from the following stores: