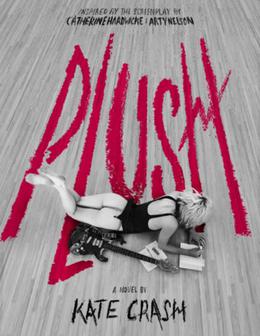 After losing her band mate and brother to a drug overdose, rising rock star Hayley finds herself in a downward spiral. The new album from her band Plush is received as a critical and commercial disaster. She finds new hope and friendship in Enzo, the replacement guitarist who inspires her to reach new creative heights.

But soon their collaboration crosses the line and Hayley, who is married with two children, retreats from Enzo’s advances. As Hayley slowly discovers Enzo’s dark and troubled history, she realizes she may have let a madman into her home and that her mistake may cost the lives of the people closest to her.

Written by KATE CRASH, a musician, multimedia performance artist, and writer based out of Hollywood who contributed four songs to the movie.

This stand alone story tells a personal, visceral, firsthand account of the film and the four years leading up it.
more
Amazon Other stores
Bookmark  Rate:

'Plush' is tagged as:

Buy 'Plush' from the following stores: