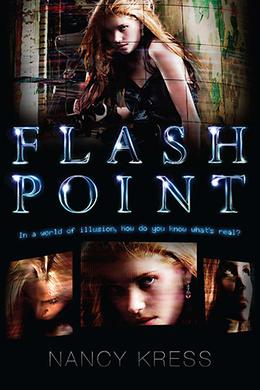 Reality TV meets a chillingly realistic version of America—and the fame game is on!

Amy had dreams of going to college, until the Collapse destroyed the economy and her future. Now she is desperate for any job that will help support her terminally ill grandmother and rebellious younger sister. When she finds herself in the running for a slot on a new reality TV show, she signs on the dotted line, despite her misgivings. And she’s right to have them. TLN’s Who Knows People, Baby—You? has an irresistible premise: correctly predict what the teenage cast will do in a crisis and win millions. But the network has pulled strings to make it work, using everything from 24/7 hidden cameras to life-threatening technology to flat-out rigging. Worse, every time the ratings slip, TLN ups the ante. Soon Amy is fighting for her life—on and off camera.
more
Amazon Other stores
Bookmark  Rate:

'Flash Point' is tagged as: