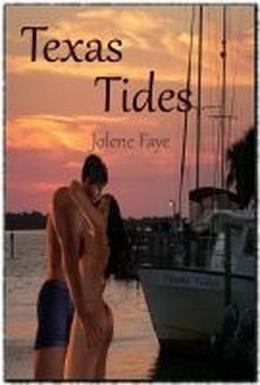 Morgane,a prominent doctor in Galveston,Texas, still hadn't come to terms with her life. A new love with Jake, a much younger man, turned her life upside down. Did she love him enough to save him from her failure? Could he love her despite the disheartening fate life had given her? As life intertwined their paths, could they ride the tides and stay clear of the undertow? *~*Adult Content*~*

As the cabin door opened then closed and the soft sound of his footsteps interrupted her thoughts, Morgane stood and walked toward Jake. "I'm sorry about earlier," she started before he could press his finger to her lips and quietly shush her. "Morgane," he started softly with his deep voice barely a whisper as he stepped behind her pulling the towel from around her shoulders and pressing his lips against her shoulder as the towel fell to the floor. Morgane exhaled slowly, letting a sigh slip from between her lips as his words tickled the back of her ear and the heat of his breath licked at her skin. The feathered ends of her hair brushed lightly over her shoulder as his pushed it aside and his fingers tugged at the thin tie behind her neck. "You worry too much," he continued as he untied the top of her bikini, "You are used to being in control of everything." His fingers smoothed down the curve of her spine finding the next knot of thin material and began to tug against it. "When you lose control," he whispered as the knot loosened and the bikini top slid over the soft heave of her breasts. Slipping his hands around the smooth contour of her ribs, he cupped the weight of her breast and squeezed softly. Scraping his teeth over the muscle of her neck, Jake nipped at the tension and whispered, "you freak out and tense up." The fullness of her breast molding to the soft massaging of his hand, letting his thumb flick softly back and forth over the tensed nipple, his other hand snaked over her stomach, pressing his palm into the soft mound at the top of her thighs. "Tonight, I'm in control," he groaned against the hollow of her neck, pressing the firmness of his desire against the curve of her bottom. Stepping slowly, pushing her toward the bed, Jake sucked the soft flesh of her earlobe between his lips, "You will relax," his voice whispered around the warm flesh as they reached the edge of the bed. Slipping his fingers over the warm silk material covering the soft mound between her thighs, Jake massaged pressing his fingertips into the warm valley of her thighs before turning her around to face him. Morgane's breath caught in her throat as the desire swelled inside of her, the teasing of his fingers over the heated material brought a moist warmth between her thighs. The corners of his lips curled tight into a wicked smile as she opened her eyes and watched the glint of his thoughts flash in the blue green seas. Pressing her hips, lowering her onto the edge of the bed, he fixed her gaze on his with the gruff low growl of his voice, "And you will enjoy it," he punctuated the statement as he devoured the softness of her lips under his kiss.
more
Amazon Other stores
Bookmark  Rate:

'Texas Tides' is tagged as: