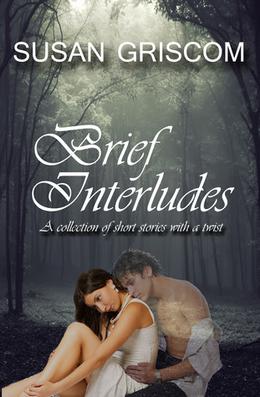 A collection of six short-shorts—perfect for those quick-read moments. Most with twist endings that are sure to surprise you.

Lover’s Leap
Young love and a life ended too soon. It’s always the ones left behind who suffer.

Everlasting Love
Unloved, undesired, brokenhearted ... Cole Murphy is about to end it all until the most beautiful woman he’s ever seen walks into his life. Cole’s dreams and hopes of love are renewed—but not quite the way he’s imagined.

The Water of Leith
Held captive for years, Naomi is given a promise of release if she can only turn an old brown rag into a beautiful white cloth. Can she do? Does she really believe?

Unbridled Love
Two hundred years ago, monstrous storms pummeled the earth destroying almost everything. Some humans survived, stronger, different, changed by the storms. A genetic disorder passed down from generation to generation, creating a new race. A race with … special gifts. Feared and forced into hiding, Solange and Roland must fight to survive when their talents are discovered.

Stuck
Angela returns home from an exhausting business trip and wants nothing more than to relax. Her thoughts of relaxing turn to sheer panic as she walks in to find her entire house redecorated and she’d only been gone a week. Her husband Jack confesses how it all happened, but she has a difficult time believing it’s not all a joke when he tells her he didn’t win the lottery or inherit a huge amount of money from long lost relative. Jack manages to reassure her everything is okay. But is it?

Sweet Innocence
The headline plastered across the newspaper claimed they identified the body of a young woman. Jenna recognized the name instantly. Her friend Beth’s body had gone unidentified ever since its discovery in an alley near a 24-hour diner on a Saturday night in January of 1955. Today’s date was August 7, 2012.
more
Amazon Other stores
Bookmark  Rate:

'Brief Interludes' is tagged as: