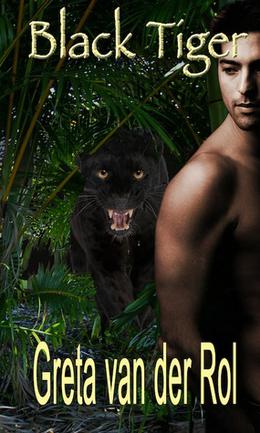 He haunts the jungle – and her dreams

When Dr. Sally Carter travels to India to regroup from a broken heart the last thing she wants is to fall in love. But Raja Asoka (Ash) Bhosle is entirely too attractive to ignore,
even though she knows it can only end in tears. Hers.

Ash guards his forest and the precious creatures within it, protecting the rare tigers from mindless slaughter, and a secret that lives in legend. From the moment he sets eyes on the Australian doctor, he wants her, even over the objections of his mother and the unsuitability of her cultural heritage.

While Ash fights tiger poachers, Sally struggles against cultural prejudice. Can the Legend of the Black Tiger be the bond that brings them closer together, or will it be an impossible belief that rips them apart. The closer Sally comes to understanding what the legend means, the more frequent the nightmares become. Is she losing her sanity, or is there more to Sally than she herself knows? The answers lie buried in her past.

When the Black Tiger breaks free to stalk the night, only one thing will control the beast.
more
Amazon Other stores
Bookmark  Rate:

'Black Tiger' is tagged as: