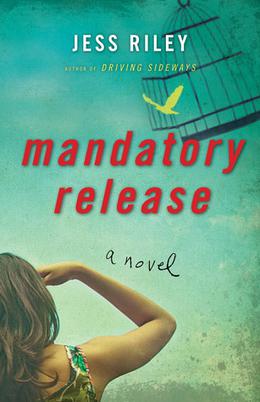 Thirty-year-old Graham Finch spends his days trying to rehabilitate inmates and his nights trying to rehabilitate his heart--until a new coworker, his high school crush Drew Daniels, walks through the prison gates one hot summer morning. Drew is on the run from a painful past that's nearly crushed her faith in love. Together, they might have just what it takes to mend their hearts. If only finding their way to one another were easier than working with convicted felons.

Loaded with twisted humor and pathos, Mandatory Release is a darkly comic look at friendship, forgiveness, and love. It's a story about broken people putting themselves back together and learning that no matter what you lock up--a person, a secret, or your heart--sooner or later, everything must be released.

Contains adult language, sex, jokes about sex, dark secrets, toxic friends, and a little dog named Avis, after the car rental company. A snarky mash-up of lad lit and chick lit for people who read Jonathan Tropper, watch Orange is the New Black, and pretend they don't sing along to TOOL and Gordon Lightfoot in the car, sometimes on the same day.
more
Amazon Other stores
Bookmark  Rate:

'Mandatory Release' is tagged as: