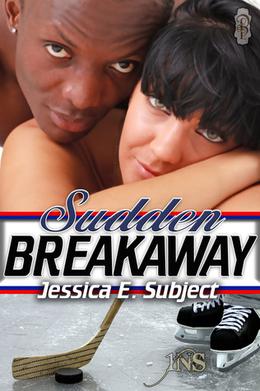 Dressed in her black designer suit, Paige Brown recruits men and women for the Space Service. After the end of her marriage, and several failed recruiting missions, she yearns to find a way out of her lifelong contract to live a normal life. To find love again.

Jared Barnes’s life had been flipped upside down by two little kids. When his former Commander’s wife shows up to give him a reprieve, he jumps at the chance for a break, and to visit his former squad. But it is not his buddies he meets in the private suite at the hockey game, instead a woman who has been the star of all of his recent fantasies.
more
Amazon Other stores
Bookmark  Rate:

'Sudden Breakaway' is tagged as: