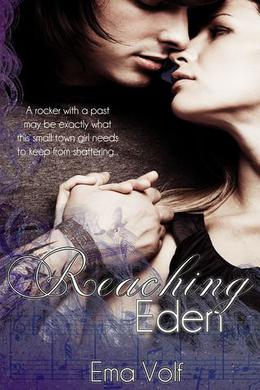 Xander Hart is a rocker with a past. His career has brought him success in both money and women. However, he’s grown bored with the superficial. After he’s forced to leave one more dysfunctional relationship behind, he begins to take a hard look at his life, and he’s not happy with what he sees. His choices have taken a toll on him and his career, and not in a good way. He finds himself losing hope in ever finding happiness again.

That is, until he meets Eden Balestra, a small town girl with a knack for finding peace and enjoyment in the simplest of things. She shows him a world that he had long forgotten existed. Eden’s strength and compassion inspire him overnight, and he can’t get her out of his mind.

Unfortunately, Xander’s recent past returns with a vengeance, and Eden finds herself stuck in her worst nightmare. Despite her best efforts to remain above it, she is quickly torn down to the lowest she has ever been. She feels her mental and emotional states begin to crack. Can Xander reach her before she shatters?
more
Amazon Other stores
Bookmark  Rate:

'Reaching Eden' is tagged as: