The Night Has Teeth (The Magdeburg Trilogy #1) 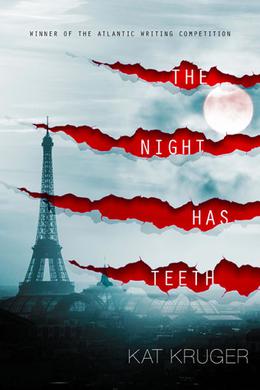 "I daresay that Kruger has written [werewolves] so well that it should become canon." — Paper Droids

There’s a darkness that lurks in the City of Light

Seventeen-year-old Connor Lewis is chased by a memory. On his first day of kindergarten he bit a boy hard enough to scar the kid for life. Since then he’s been a social outcast at a New York private school.

Through an unexpected turn of good fortune, he lands a scholarship to study in Paris, where everything starts to look up. On the first day he befriends two military brats, and he may finally get a taste of what it’s like to be a normal teenager.

His host family — an alluring young tattoo artist and her moody, handsome boyfriend — inadvertently introduce him to the underworld of werewolves where there are two types: the born and the bitten. Those born to it take the form of elegant wolves, while the latter are cursed to transform into the half-man, half-beast creatures of horror movies. The bitten rarely survive. Unfortunately, Connor is on the wanted list of a four hundred-year-old bitten human who’s searching for both a cure and a means of wiping out werewolves for good.

Connor’s loyalties are tested as he becomes embroiled in a conflict where werewolves, mad science and teen angst collide.

'The Night Has Teeth' is tagged as:

The 'The Magdeburg Trilogy' series

Similar books to 'The Night Has Teeth'

All books by Kat Kruger  ❯

Buy 'The Night Has Teeth' from the following stores: