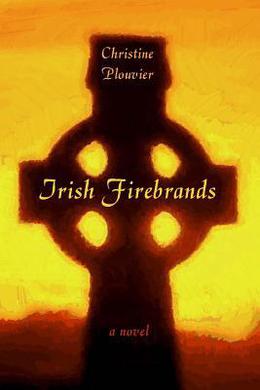 True love: He’s an Irish senior political journalist who believes in it. She’s an American boomer professional genealogist who doesn’t. What if they’re both wrong?

The Celtic Tiger is losing its fangs, so journalist Dillon Carroll must rent his farm in the Gaeltacht. The worsening exchange rate depletes the budget of genealogist Lana Pedersen, so the baby-boomer backpacker breaks into a vacant farmhouse for shelter. After the Irishman discovers the American at Drumcarroll, their tangent lives catalyze the chemistry between their beleaguered bodies and stormy spirits.

Dillon stalks Lana with the drive of an investigative reporter; Lana attempts to counter Dillon’s obsessions; compel her emotions to conform to her faith; deal with unfathomable feelings about Drumcarroll farm; flirt with a dairy farmer possessing unusual avocations; and mentor a troubled teenager. Set amid the social controversies of contemporary Ireland, Irish Firebrands portrays psychological crises shattering the bedrock of beliefs and belonging.

Terrible questions - tragic secrets. Touched by madness - torn by vows. Fleeing the past - fearing the future. A quest for deliverance - and evocative evidence that love is eternal....

'Irish Firebrands' is tagged as: