Green City in the Sun 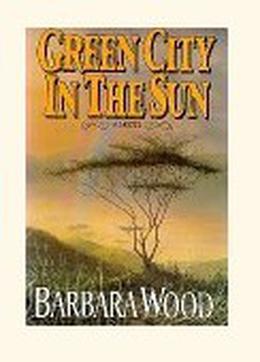 A magnificent saga of two proud and powerful families—one British, one African—and their battle over Kenya’s destiny in the twentieth century.

In 1917, Dr. Grace Treverton arrives in Kenya, determined to bring modern medicine to the African natives. Her brother, Sir Valentine Treverton, has his own dream for the British protectorate: to establish an agricultural empire to rival any in England. The aspirations of the wealthy Trevertons collide with those of the Mathenge tribe, an African family that has lived on the land for years. Grace soon finds a deadly rival in Mama Wachera, an African medicine woman who fights to maintain native traditions against the encroaching whites. After Wachera curses the Trevertons, a series of tragedies threatens to destroy what the once-great family fought to create. But the fates of future generations of these two remarkable families are inextricably bound.
A bold and brilliant achievement, Green City in the Sun brims with all the drama, violence, and fierce beauty of the Kenyan landscape.

'Green City in the Sun' is tagged as:

Similar books to 'Green City in the Sun'

More books like 'Green City in the Sun'   ❯

Buy 'Green City in the Sun' from the following stores: