The Tuner of Silences 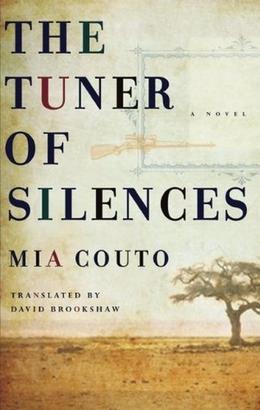 "Quite unlike anything else I have read from Africa."—Doris Lessing "By meshing the richness of African beliefs . . . into the Western framework of the novel, he creates a mysterious and surreal epic."—Henning Mankell Mwanito Vitalício was eleven when he saw a woman for the first time, and the sight so surprised him he burst into tears. Mwanito's been living in a big-game park for eight years. The only people he knows are his father, his brother, an uncle, and a servant. He's been told that the rest of the world is dead, that all roads are sad, that they wait for an apology from God. In the place his father calls Jezoosalem, Mwanito has been told that crying and praying are the same thing. Both, it seems, are forbidden. The eighth novel by The New York Times -acclaimed Mia Couto, The Tuner of Silences is the story of Mwanito's struggle to reconstruct a family history that his father is unable to discuss. With the young woman's arrival in Jezoosalem, however, the silence of the past quickly breaks down, and both his father's story and the world are heard once more. The Tuner of Silences was heralded as one of the most important books to be published in France in 2011 and remains a shocking portrait of the intergenerational legacies of war. Now available for the first time in English. Mia Couto is the author of twenty-five books. Translated into twenty languages, his novels have been bestsellers in Africa, Europe, and Latin America.

'The Tuner of Silences' is tagged as:

Similar books to 'The Tuner of Silences'

Buy 'The Tuner of Silences' from the following stores: