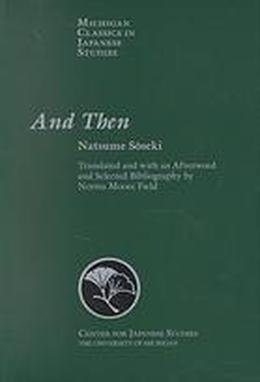 And Then , ranked as one of Soseki Natsume's most insightful and stirring novels, tells the story of Daisuke, a young Japanese man struggling with his personal purpose and identity, as well as the changing social landscape of Meiji-era Japan. As Japan enters the 20th century, ancient customs give way to western ideals, creating a perfect storm of change in a culture that operates on the razor's edge of societal obligation and personal freedom.

Similar books to 'And Then'

Kokoro
Kokoro
And Then
And Then
All books by Sōseki Natsume  ❯

Buy 'And Then' from the following stores: