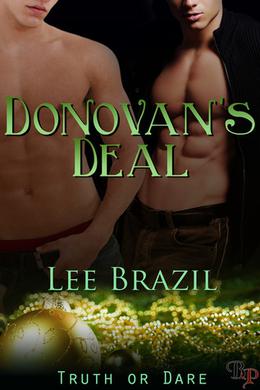 Description
Mischa Blake needs the relaxation of the Blake brothers' weekly poker games now more than ever as he feels the pressure of his responsibilities as a parent, partner, and student multiplying. When one of his siblings proposes reviving their game of Truth or Dare, Mischa revolts. Instead, they all agree to share a truth, and Mischa has to decide how much of his domestic situation to share with his family.

The frantic pace of life is overwhelming, and Mischa has begun to let things slide. With the holidays just around the corner, he figures his current situation is a temporary thing. When he misses one of his son's soccer games that Donovan left work early to attend, time runs out.

Upset by the hurt in their son's eyes, Donovan decides that something must be done. He's worried that he's pushed Mischa into doing things at the wrong time, pushed his dreams on his young lover, just pushed too hard for too much in general.

In a desperate attempt to get Mischa to think about what he wants instead of what Donovan wants, Donovan issues an ultimatum. He sends Mischa away with orders to think about his priorities.
more
Amazon Other stores
Bookmark  Rate:

'Donovan's Deal' is tagged as:

The 'Truth or Dare' series

All books by Lee Brazil  ❯