Heart of a Stripper 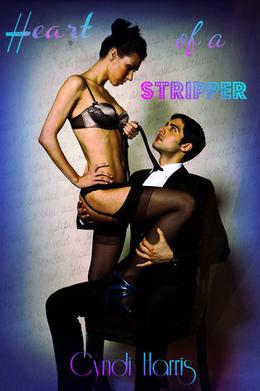 For twenty-five year old Mitchell McCallister, that statement never seemed true. Finding the woman he loved happened in a snap, or so he thought. That was, until he found a connection with someone else, in a place he least expected. One kiss was all it took to keep him breathless and wanting more, but falling for a stripper he would never see again seemed foolish.

Being abandoned by her mother and living with her alcoholic father, Nevaeh Sky never really knew what it meant to feel wanted. Moving to a new town still wouldn’t change that, right? Waltzing into the office as a senior transfer to her new high school, Nevaeh is bemused to find the very mysterious stranger who was too shy to make a move on her at her new job. Having Mitchell as her new principal, she’s sure it will cause more harm than good.

With an impending marriage, Mitchell struggles to keep his distance from Nevaeh, until he finds her beaten and bloody on the school steps. Taking her in and learning her secrets, the explosive forbidden attraction between them leaves Mitchell wavering; not only with her, but in his own life. Determined to save her from the life she’s chosen, Mitchell has no idea his world will never be the same again.

But will saving Nevaeh be worth destroying everything he’s worked so hard for?
more
Amazon Other stores
Bookmark  Rate:

'Heart of a Stripper' is tagged as:

Similar books to 'Heart of a Stripper'

Buy 'Heart of a Stripper' from the following stores: