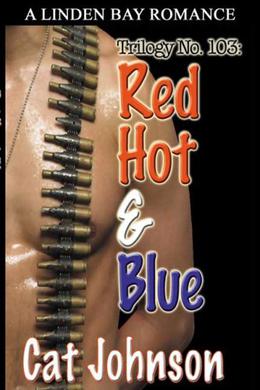 Meet the men of Special Task Force Zeta. . . Trey: Special operative Trey Williams doesn't want a girlfriend, nor does he need one in his life. A distracted soldier is a dead soldier, that's his motto. The problem is, the woman who has been recruited to pose as his wife on a special assignment is proving to be more of a distraction than Trey can handle. What's a soldier to do? Jack: Ordered by his superiors to take time off for his "mental health," Jack Gordon heads back to his hometown for two weeks of R&R. But then he meets Nicki Camp, the new hand his brother has just hired to help out at the family farm. Is Nicki playing hard to get, or is she hiding something? Jack knows one thing. . .he isn't going to rest until he finds out Jimmy: Jimmy Gordon has learned during his career in the Special Forces that he can handle pretty much anything, including pretending to be everything from a banquet waiter to a terrorist, while undercover. But there is one thing he finds he's having a bit of difficulty handling, and that's the governor's hot red-headed daughter, Amelia Monroe-Carrington. Maybe the time for pretending is over?
more
Amazon Other stores
Bookmark  Rate: