Love In A Nick Of Time 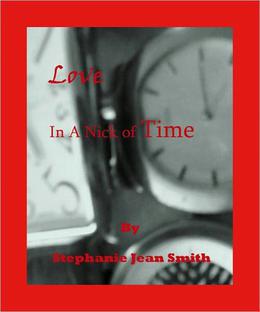 Samantha Graham (introduced in #x2018;Shelter During the Storm#x2019;) faces the challenges of starting a new consulting business with her partner Jenna Johnson. A recent breakup from her cheating boyfriend confirms her beliefs that men cannot be trusted. That is until she meets a dark eyed stranger at a disaster conference in Chicago. Samantha allows herself one night with a man who makes her forget everything except the sexual energy between them. After an intense night of hot sex, Samantha disappears and goes back home to focus on her business. br/br/br/Allen Archer is furious with Samantha for leaving his hotel room without a trace. He wants more than a one-night stand from her and was angry that she didn#x2019;t feel the same way. He hires and private investigator to find her, but he#x2019;d probably have more luck if he knew Samantha#x2019;s last name.br/br/br/As luck would have it, the two lovers meet up again at one of the most unlikely places, a wedding. They struggle to find a way to make their long distance romance work while others try to keep them apart by any means, including murder.br/br/br/(For adult audiences, sexually explicit, multicultural romance)br/br/Excerpt:
more
Amazon Other stores
Bookmark  Rate:

'Love In A Nick Of Time' is tagged as:

Similar books to 'Love In A Nick Of Time'

More books like 'Love In A Nick Of Time'   ❯

Buy 'Love In A Nick Of Time' from the following stores: