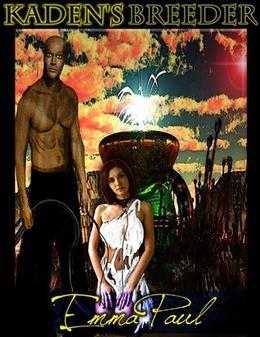 Kaden has waited twelve long years to finally claim a Breeder of his own. Breeders are a necessity that the Dregs do not take lightly. Without them, his species would eventually die out. The moment he sees Carina ascend from the Mantra’s vessel, he must have her.

However, Carina’s selection for the Galactic Governing Council’s Breeder policy was done illegally. A third party is responsible for Carina’s abduction and her fate is much for a more sinister reason. It is demanded that she be returned to the Mantra for “re-assignment”.

Kaden will never give her up without a fight, even if it means an intergalactic war with a fearsome and powerful enemy.
more
Amazon Other stores
Bookmark  Rate:

'Kaden's Breeder' is tagged as:

All books by Emma Paul  ❯