The Theory of Opposites 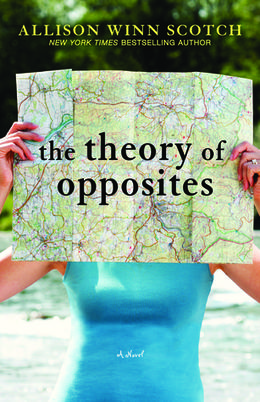 What happens when you think you have it all, and then suddenly it’s taken away?

Willa Chandler-Golden's father changed the world with his self-help bestseller, Is It Really Your Choice? Why Your Entire Life May Be Out of Your Control. Millions of devoted fans now find solace in his notion that everything happens for a reason. Though Willa isn’t entirely convinced of her father’s theories, she readily admits that the universe has delivered her a solid life: a reliable husband, a fast-paced career. Sure there are hiccups – negative pregnancy tests, embattled siblings - but this is what the universe has brought, and life, if she doesn’t think about it too much, is wonderful.

Then her (evidently not-so-reliable) husband proposes this: A two-month break. Two months to see if they can't live their lives without each other. And before Willa can sort out destiny and fate and what it all means, she’s axed from her job, her 12 year-old nephew Nicky moves in, her ex-boyfriend finds her on Facebook, and her best friend Vanessa lands a gig writing for Dare You!, the hottest new reality TV show. And then Vanessa lures Willa into dares of her own - dares that run counter to her father’s theories of fate, dares that might change everything…but only if Willa is brave enough to stop listening to the universe and instead aim for the stars.
more
Amazon Other stores
Bookmark  Rate:

'The Theory of Opposites' is tagged as:

Similar books to 'The Theory of Opposites'

Buy 'The Theory of Opposites' from the following stores: