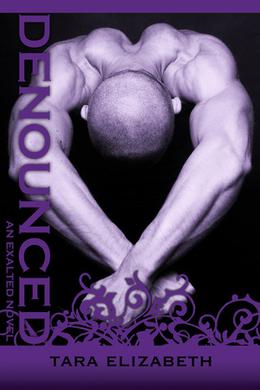 Book 2 of the EXALTED series.

Mena, an Exalted trainee, is the on the other side of a difficult choice: to leave the United Republic of the Saved with Ryker or return with Ethan and be United. Her decision changes everything . . . things she never considered. She has to overcome shocking realizations and tough challenges in the new life she has chosen. The people she thought she knew are not who she thought they were. Secrets come to light that were never meant to be known, by Exalted and citizens alike. The truth about the Republic is worse than Mena thought possible. Though she struggles, she continues on her mission to save the people of the Republic from the emotion-controlling drug called the Pump and set them free. She will do whatever she has to do for them and the people she loves.
more
Amazon Other stores
Bookmark  Rate:

'Denounced' is tagged as:

All books by Tara Elizabeth  ❯

Buy 'Denounced' from the following stores: