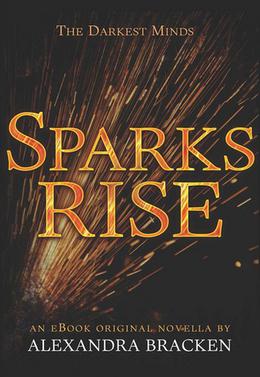 Sam didn’t think things could get worse at Thurmond rehabilitation camp. Then the Reds arrive. Everyone assumed the kids with firepower had been killed years ago. Instead they were taken away, brainwashed, and returned as terrifyingly effective guards. To her horror, Sam recognizes one of them: Lucas, the one spark of light in Sam’s dark childhood. Lucas has a deadly secret–he beat the brutal training that turned his fellow Reds into mindless drones. When Sam defends herself against an attack by a vile PSF guard and faces a harrowing punishment, Lucas must risk his everything to save her.

Includes a bonus preview chapter from the final Darkest Minds novel, In the Afterlight.
more
Amazon Other stores
Bookmark  Rate:

'Sparks Rise' is tagged as:

The 'The Darkest Minds' series

All books by Alexandra Bracken  ❯