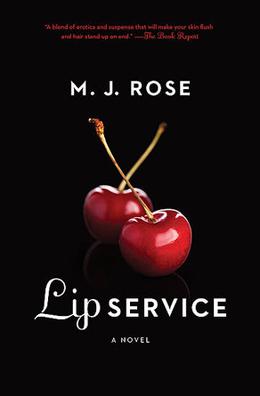 Lip Service is the seductive new novel that everyone is talking about. Crackling with eroticism and suspense, Lip Service probes the secret world of phone sex and one woman who becomes empowered by what she discovers there. Not since Erica Jong's Fear of Flying has a novel so masterfully examined the relationship between sexuality and identity.
On the surface, Julia Sterling's life seems blessed. Married to a renowned psychiatrist, living on Manhattan's tony Upper East Side, Julia deeply loves her stepson, and is forging a career as a journalist.
When a writing job exposes her to the world of phone sex, Julia glimpses a world that stirs her erotic fantasies but threatens her carefully constructed reality. As she explores her emotional and sexual connections to the men she knows and several she will never meet, she confronts evil, perversity, and her own passions.
Tracing the currents of desire, illusion, and psychological manipulation, Lip Service is an astonishingly vivid glimpse into one woman's inner life. At the same time, this electrifying thriller grips the reader as it builds toward a battering climax.
more
Amazon Other stores
Bookmark  Rate: