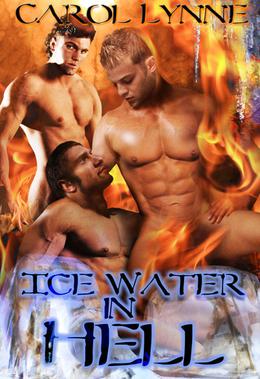 When his ex-lover moves to The City, Basileios "Baz" Kostopoulos is torn. He wants and still loves Nick, but hurt over the past holds him back until a nightmare from long ago prompts him to reconcile with his longtime love.

For centuries, Baz tried to forget the day he and his lover, Galen, were murdered. He thought he'd done a good job of moving on by meeting and falling in love with Nick, but when his murderer shows himself, Baz is swept back to the morning of his death. The memories of his long-buried love threaten to destroy the peace he's finally found in Nick's arms.

When Baz realizes his murderer is out to seek revenge by claiming not only Galen but Nick as well, Baz is forced to come face to face with a past he never wants to relive.
more
Amazon Other stores
Bookmark  Rate:

'Ice Water in Hell' is tagged as:

The 'The City' series

Buy 'Ice Water in Hell' from the following stores: