Crashing the Boards (Game On in Seattle #2) 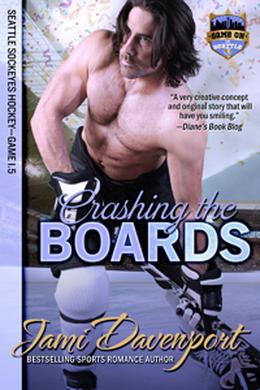 Currently released as part of the "Seduced by the Game" anthology and the "Playing for Passion" sports romance bundle. Will be released as a standalone on November 1.

Professional party crasher, Izzy Maxwell, needs the cooperation of reluctant party guest Cooper Black, the team captain of Seattle’s new hockey team, but Cooper can’t get past his anger over the team’s relocation to Seattle. Can Izzy melt Cooper’s frozen heart or will this party crash along with her fledgling business?
more
Amazon Other stores
Bookmark  Rate:

'Crashing the Boards' is tagged as:

The 'Game On in Seattle' series

Similar books to 'Crashing the Boards'

All books by Jami Davenport  ❯

Buy 'Crashing the Boards' from the following stores: