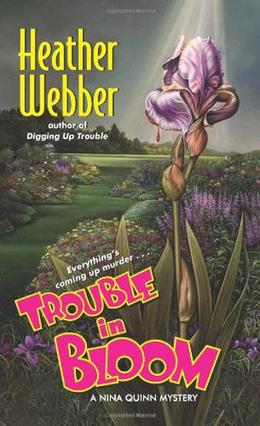 Nina Quinn never goes looking for trouble, but for some reason, it always seems to come looking for her! This time, Nina and her boyfriend Bobby have gotten coerced into helping a sleazy lawyer acquaintance entrap a local TV producer. It seems that the producer is suspected of sexual harassment, and Nina and Bobby agree to appear on his reality show in order to catch him in the act. But when the producer turns up dead, Nina finds herself in the middle of a murder investigation.

And that's only the tip of the iceberg. While plant–sitting for a friend, Nina stumbles upon a stash of marijuana growing in the woman's closet. That leads Nina to a local holistic healing center, where it looks like there's a little bit of 'extracurricular' activity taking place. And speaking of illicit goings–on, Nina's seemingly benign neighbor, Mrs. Deibel, turns up dead, exposing the gambling den she's been running out of her home!

With murder and vice around every corner, Nina barely has time to keep her mind on her current project––installing an indoor garden at a local nursing home. It will take some expert juggling, as well as some undercover snooping, for Nina to put an end to all of the madness and restore some sort of order to her always–tumultuous life!
more
Amazon Other stores
Bookmark  Rate:

'Trouble in Bloom' is tagged as:

The 'A Nina Quinn Mystery' series

Similar books to 'Trouble in Bloom'

All books by Heather Webber  ❯

Buy 'Trouble in Bloom' from the following stores: