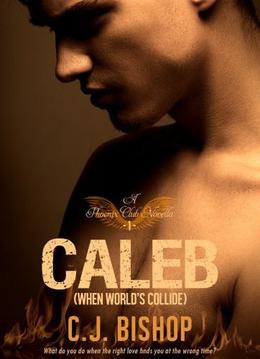 What do you do when the right love finds you at the wrong time?

At age 17, Caleb Dean’s world is ripped apart in a matter of minutes, tragedy striking sudden and violent. Now, four years later, Caleb is still trying to undo what he deems to be his fault.

Taking work wherever he can get it, Caleb finds his way to New York and The Phoenix Club. Stunning the crowd with his debut performance, Caleb quickly catches the eye of Brock Coulson, an aggressive defense attorney with a secret lust for young male strippers.

With his brother incarcerated from an unjust sentence and the victim of brutality behind those walls, Caleb will do go to any lengths to get his brother out of prison. But his plans to negotiate with Coulson get interrupted when Caleb meets Samuel.

He knows not to get too close, but Samuel is a whirlwind of passion, sweeping him off his feet and refusing to let him go.
more
Amazon Other stores
Bookmark  Rate:

'CALEB 1: When World's Collide' is tagged as:

Buy 'CALEB 1: When World's Collide' from the following stores: