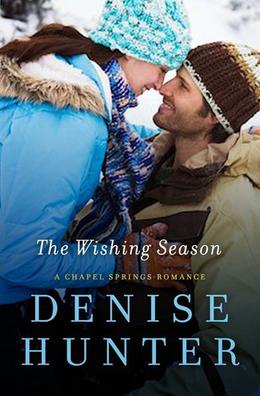 She daydreams of whipping up sauces and souffles in her own restaurant. His heart is set on helping foster children. Both dreams are at stake. So are their hearts.

With grand plans to open her own bed & breakfast in Chapel Springs, PJ McKinley can't afford the most crucial part: the brick and mortar. But when the owner of a local historic home announces a contest and promises her property to the worthiest candidate, PJ makes a fervent wish and tosses her name into the hat.

Cole Evans is cool, confident, and successful, but he'll never forget his roots. He's thankful for how far he's come and knows his life could have turned out drastically different. If he can win the stately old mansion, he'll turn it into a home for children aging out of the foster system.

When the eccentric house owner narrows the entries down to only two applicants, she extends the contest, giving PJ and Cole one year to prove which one of them can make the best use of her beloved home. As the pair competes in close proximity, something deeper than rivalry sparks between PJ and Cole. And in this battle, they're likely to lose their hearts.
more
Amazon Other stores
Bookmark  Rate:

'The Wishing Season' is tagged as:

Similar books to 'The Wishing Season'

Buy 'The Wishing Season' from the following stores: