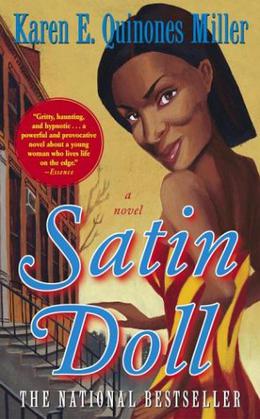 Until that fateful moment when she was shot and left for dead, Regina Harris was living la vida loca with pimps and hustlers and using whatever money she had to get high and forget that she was living in poverty in Harlem. Now she's a college graduate and journalist who has turned her life around, living on the Upper West Side and hobnobbing with movers and shakers. She's become the classy Satin Doll of the Duke Ellington song...but she's never forgotten where she's from.
On a night out partying with her homegirls in Harlem, Regina meets aspiring lawyer Charles Whitfield, who comes from a prominent, upper-class black family in Philadelphia. As a relationship begins, Regina tries desperately to hide her former life -- and her friendships with Yvonne, who's a single mother looking for a man; Tamika, who's raising two kids while their father does time; and Puddin', who has a weakness for bad boys and weed. But when Regina's past is revealed, it threatens to destroy both her relationship with Charles and the life she has worked so hard to create.
more
Amazon Other stores
Bookmark  Rate:

'Satin Doll' is tagged as: