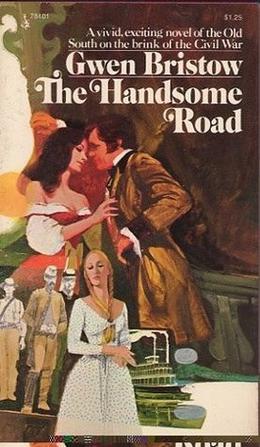 A WORLD TURNED UPSIDE DOWN!

The Old South was a world of extremes. Ann Sheramy Larne, a hoop-skirted belle, lived among stately mansions and dozens of Negro Servants. Corrie May Upjohn was "po' white trash," living in slavelike squalor down on the docks.

The Civil War transformed their world.

For Ann, the war meant disaaster-the end of everything she had known. But for Corrie May, it was a beginning-a chance to build an exciting new life on the ashes of the old.
more
Amazon Other stores
Bookmark  Rate:

'The Handsome Road' is tagged as:

Similar books to 'The Handsome Road'

Buy 'The Handsome Road' from the following stores: