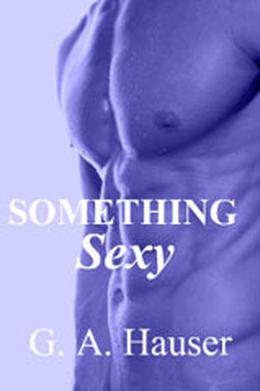 Having hit the milestone of 40 years old, Mark Antonious Richfield seems to have survived. But on a trip to London to join his mother, Leslie and step-father Harry for the wedding of Harry's son, Luke, Mark decides perhaps this is a good time to 'reinvent' himself.
Ex- LAPD cop, Steve Miller, Mark's husband, and truest love, embark on a journey to London to let down their hair and go wild. Or at least that's Mark's idea of a good time.
During a session at a fetish club one evening, Mark's beauty captivates the editor of an erotic gay men's magazine. Adrian McKenzie asks Mark to do a centerfold for his latest edition.
Assuming this will be anonymous and thrilling, Mark agrees to his own peril.
Meanwhile, Alexander, Mark's incorrigible son, makes his own bad decisions while trying to cope with school and a new career. Though Alex is continuing his acting role in Being Screwed, the racy nighttime cable drama, his behavior is increasingly unstable during the time his father is away.
Both father and son, though they try their best to do what's right, end up complicating their lives eternally.
But one thing is never in doubt. When it comes to Mark Antonious Richfield, his Action! will be Something Sexy. Very sexy indeed!
more
Amazon Other stores
Bookmark Rate Book

Similar books to 'Something Sexy'

Buy 'Something Sexy' from the following stores: