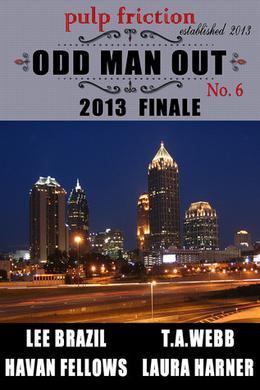 After facing off with his personal demons, Wick shuts down, but he never anticipated how his impulsive off-the-grid vacation would affect the rest of his chosen brothers. No one can hurt you like someone you love.

Before they have time to work things out, the serial killer who has been targeting Atlanta’s gay community strikes close to home. Again. It’s enough to cause an all-hands meeting at Chances Are. But when one of the brothers fails to show, it becomes clear that the close connection the men have to the murder victims is no coincidence.

They’ve got the smarts, the weapons, and the willingness to do whatever it takes to find their missing brother—before it’s too late. What brought them together in the first place may just be that which tears them apart forever.

'Odd Man Out' is tagged as:

Similar books to 'Odd Man Out'

All books by Lee Brazil  ❯

Buy 'Odd Man Out' from the following stores: